In the Spring of 2009, I decided to free myself from my office worker existence. I was deeply unhappy at my workplace and every Sunday night I dreaded having to head back to the office Monday morning. I desperately wanted out of my job and loved the idea of making a living as a blogger with a digital publishing business. The only problem was I had no clue how to go about it. 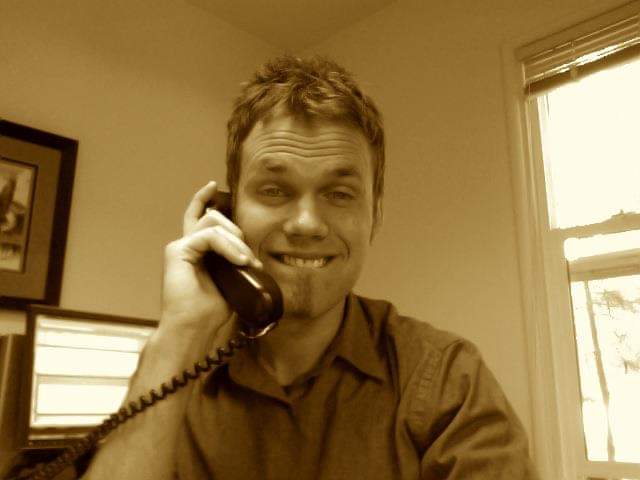 This post is about the steps I took to create my dream business. It was a very messy process that didn’t start well at all. If I had to do it all again I would have done several things differently. I’m including my mistakes in this post so you can avoid them if you’re interested in doing something similar:

Trying to start a profitable blogging career while holding down a full-time job is challenging even in the best circumstances. My life in early 2009 was far from ideal. I was on an H-1B temporary worker visa (I’m Swedish and I was working in Northern California) doing capital campaign fundraising for a hospital. It was an insanely tough time to do fundraising as the 2007-2009 Great Recession had seriously hurt people’s finances and most were hesitant to do much in the way of charitable giving. So work was intense during the day and then I would drive to Barnes and Noble or Starbucks and work on blogging. I paid a virtual assistant in India to set up my main website at the time, culturemutt.com (currently offline), as I couldn’t code. Jammie and I were dating and she would edit my first posts remotely from where she lived in the LA area. I was making no money on my writing. Per the visa regulations, I wasn’t allowed to have side incomes and even if this hadn’t been the case I had very little visitor traffic to monetize. But I’d always been an optimist so I eagerly checked traffic to the site and other metrics. I would then report numbers to Jammie and my sister, Karin, while dreaming of doing this “for real” one day.

I kept on writing for four years while making absolutely no money from it. On the surface it looked like I was making zero progress on my goal of blogging for a living. But really interesting things were happening below the surface. For starters, I learned to write regularly regardless of critical comments people (including a couple work execs) inevitably made both on and offline. I also learned about the readership I was starting to grow. I sensed what kind of content they liked (issues-based, current events-driven posts) and what they didn’t care as much about at the time (my fascination with foreign travel and oversees living.) Looking back, the best thing about these years was that I learned to love blogging. It was fun, it channeled my enthusiasm and frustration on a number of topics. I got to know fellow bloggers around the world and learned from them. I knew this was something I could keep doing for life.

Jammie and I got married in 2011 and by late 2012 we’d saved up enough to confidently quit our jobs and take off on the international adventure I wrote about in my last post. As soon as I was outside the United States and no longer on the restrictive visa, I decided to start monetizing my writing. I was overjoyed when CultureMutt made me about $4 in income on my first day of Google Adsense experimentation. By any real standard this was obviously terrible money, but it felt like a windfall after four years of making nothing.

As our first full year of travel unfolded in 2013, we lived off savings but ad revenue became more consistent as traffic grew with visitors interested in our travels. One of my most exciting milestones in 2013 was when I was flown, all-expenses-paid, to Michigan from Berlin. The invite came from a fan of my blog who wanted me to come and deliver a Friday vespers talk to students and alumni at my alma mater, Andrews University. I product placed CultureMutt in the speech! 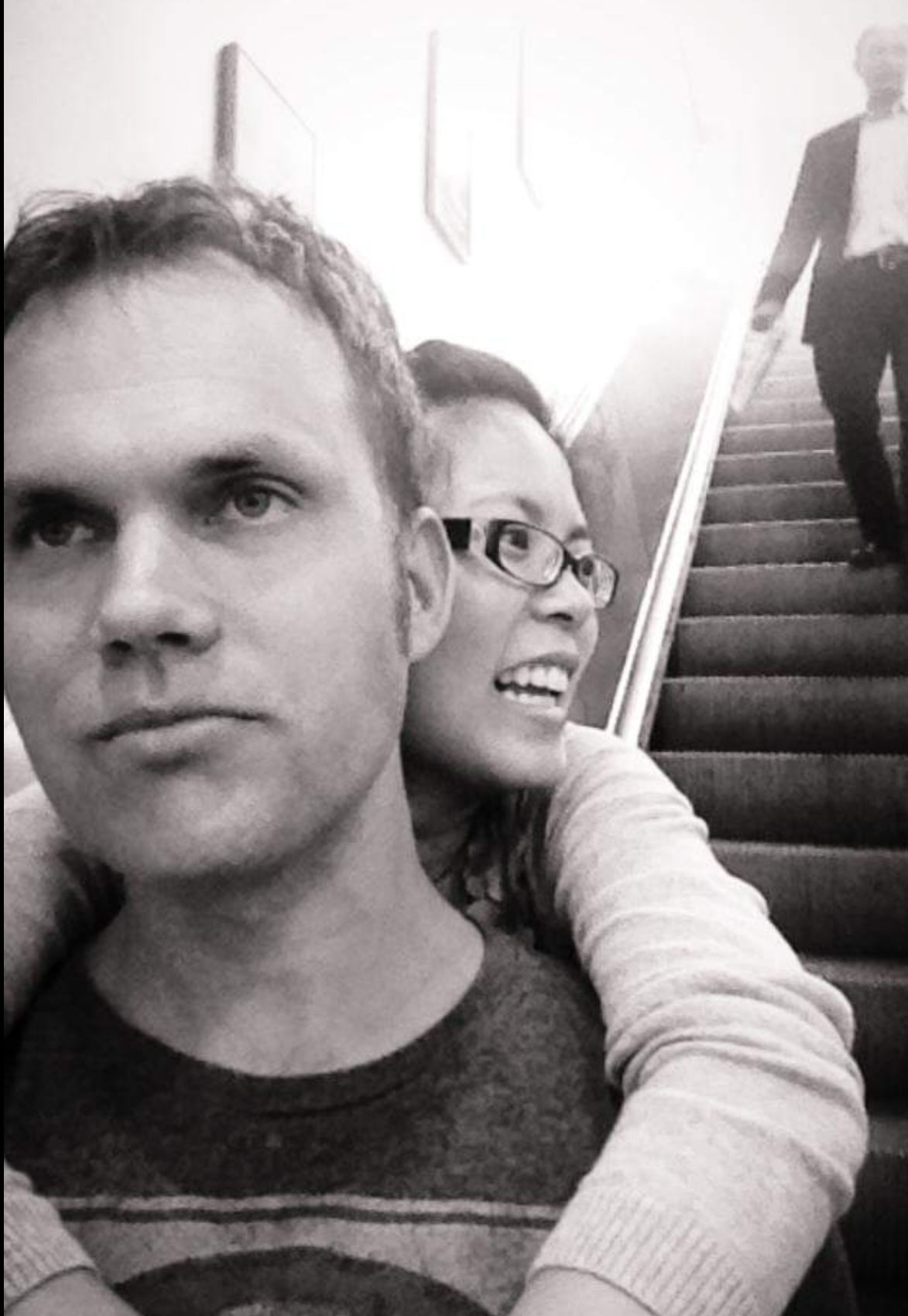 Jammie and I in Berlin.

It was around this time that I started to see web properties as business cards. I learned by experience that making money online could be done passively from Google advertising on sites but could also (often way more effectively) be made from selling advertising and services directly to the readership of web properties I set up.

This realization came just in time. In 2014 I launched a site that instantly dwarfed anything I’d done before. I’m not going to name the site as it is still very much in use and is best authored anonymously. By then, blogging was my new normal professionally. I had been doing it for five years and I had developed a kind of muscle memory for it. The new site took off and within months I was negotiating advertising deals with customers that gave me peace of mind that my new line of work was a worthwhile long-term bet. As I grew in confidence, I launched even more sites as I continued to sign up advertisers, generally for a few hundred dollars per ad unit per month. I was by no means raking it in, but as Jammie and I were living mostly in Southeast Asia, our expenses were low and I was absolutely convinced I could make this new life work. 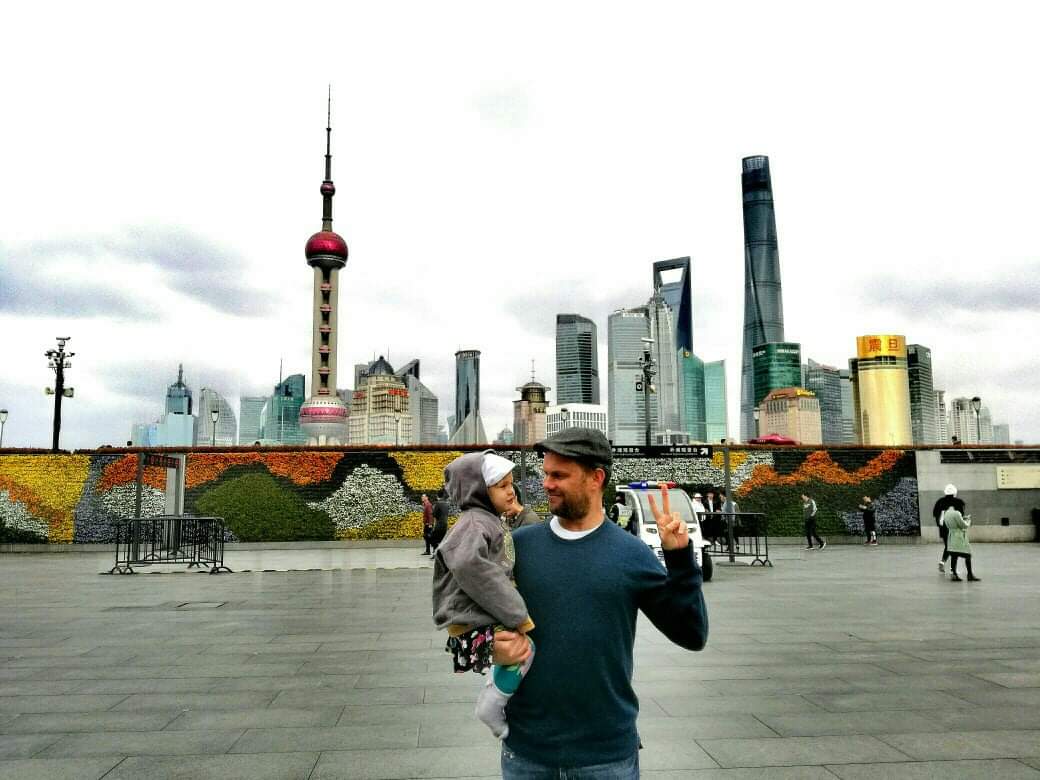 My daughter Journie and I, freezing in Shanghai:)

As my web writing career grew I was extremely excited. But I didn’t know how to manage my new digital publishing business. I made the rookie mistake of doubling down on strategies that I hadn’t stress tested enough.

One of these was in advertising. I offered an exclusive advertising deal to a customer for a six-month period. Although this paid well with less hassle than juggling multiple accounts, it also put all my eggs in one basket. At the end of the six months, the advertiser wanted out of the exclusive deal and I had to scramble to find replacement advertisers. Not fun. I had to eat humble pie and live on a leaner budget while I diversified my advertiser revenue.

A similar thing happened with copywriting and marketing services I started selling to those who liked my writing. Once, after a really good run with a high-paying client during which I neglected to aggressively cultivate other writing and business development, I was told the contract had to be paused. It remained on ice for at least a year and the lost income really hurt my bottom line.

As I struggled with these missteps, my faith in God strengthened. I learned to rely on Someone bigger than myself and offload worries to Him. This was important for my mental health. I really believe God helped me hang in there when the going was rough and that He helped me learn from setbacks.

Nowadays I am careful to do business development (building out sites and selling copywriting and consulting services) despite the fact that I’ve more than replaced my former hospital income. Running my own business keeps me on my toes and I make sure I have 4-5 revenue streams coming in per month. That way if one stream suffers, I can lean on the others to pick up the slack. I also make sure I have new projects in the pipeline to keep work interesting and to grow my income.

Like many things in life, momentum and compound interest start to kick in when you stay focused on digital publishing long enough. Over the years my client and business partner network has grown, revenue streams are more robust and contracts are easier to negotiate. People know my work and refer me to their friends.

I’m not going to lie, it’s still a little embarrassing to talk about my early days (years!!!) of profit-free blogging. But there was a lot of value in developing stamina and celebrating little things like my $4 day! It was really helpful to learn to trust God as Jammie and I transitioned from living on California incomes to embracing flexibility and, at first, living on FAR less abroad. (Our first apartment in Bangkok cost about $150 per month, utilities included.)

My family and I can now travel the world and live comfortably pretty much anywhere we want. The digital publishing model I’ve pursued has proved resilient and sustainable. As my online income has grown over time I refuse to take it for granted because I remember the nervous pitches, the rejections, the false starts and the ignored posts along the way. I anticipate even more setbacks on the road ahead. But it’s worth it because I love this stuff.

If you are considering an entrepreneurial journey and are in need of some inspiration, or if you have been going for years and just want to compare notes, I hope the above is helpful. I’ve certainly not discovered a fast track to riches but I no longer feel sick thinking about Monday morning. I’ve learned to create a business I love that I can run where I want, when I want and with whom I want. I believe you can do the same if you start small, stay focused and continually work on building your dream business, learning your lessons as you go along.

God bless on the journey!

Loved hearing about your journey Bjorn! It's a very impressive climb and it's great to see how you've both created a life that you love.

Thank you for sharing the story behind the story of what you do, and do in a grand way.

Does adding a fundamental count as innovation?